Welcome to the world of Val Shenn!
Here, we have many places for Kematas to explore and/or live in.
Our world is huge and still being expanded upon as Kematas venture out towards new frontiers. 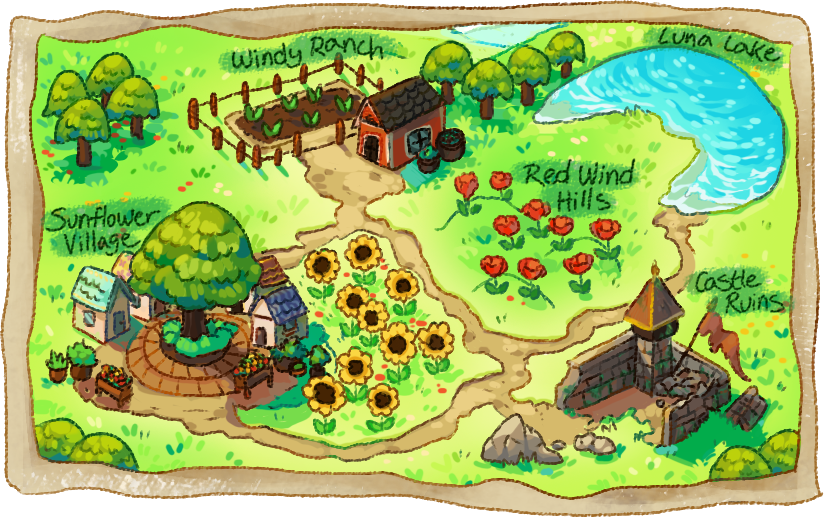 An expanse of tall grass, trees, and shrubbery that sits inside a shallow valley.
Located at the heart of Val Shenn, southeast of The Eye.

Set within the Spicer Fields, this little town is best known for its gardening community.

Owned by AJ, this good-sized farm lies just outside of Sunflower Village.
Kematas may rent a small field to grow crops. (WIP, not yet available.)

A hilly field, abundant with red flowers.
Here, you will find weak monsters. 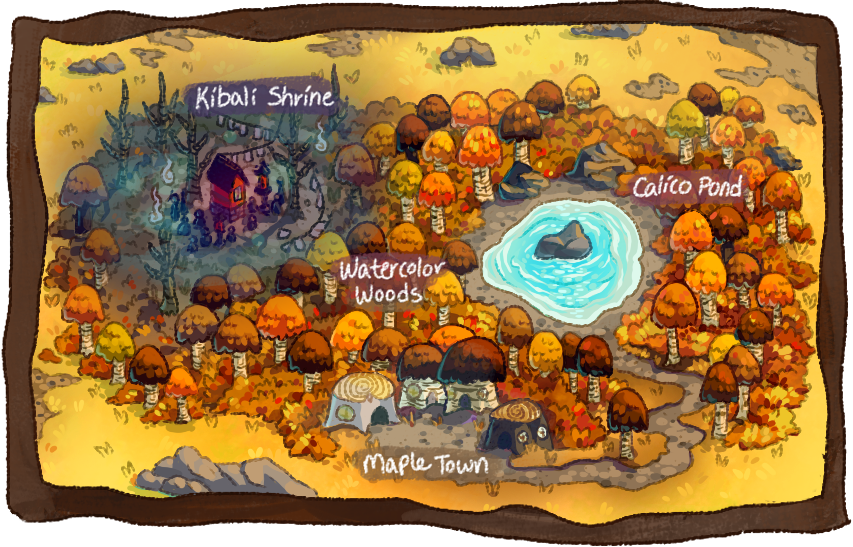 A small town whose large trees are turned into dwellings and stores.
Everyone here is warm and friendly.

A small traveling breakfast stall that specializes in pancakes and cocoa.

A thickly wooded area where the trees are all white with black splotches.
Leaves grow quickly on the trees here, but wither and fall just as fast.
The ground is covered with high piles of fallen leaves.
Small but deep puddles of water are home to the Calico Snakes.

A decent-sized pond, home to the Water Leopard — a large monster, king of water snakes.

A shrine filled with a thick miasma, causing all living things to fall ill if wandering near the shrine for too long.
Lost souls can be found here hiding around the damp leaves and bare branches.
Watch out, a powerful soul might sneak up on you! 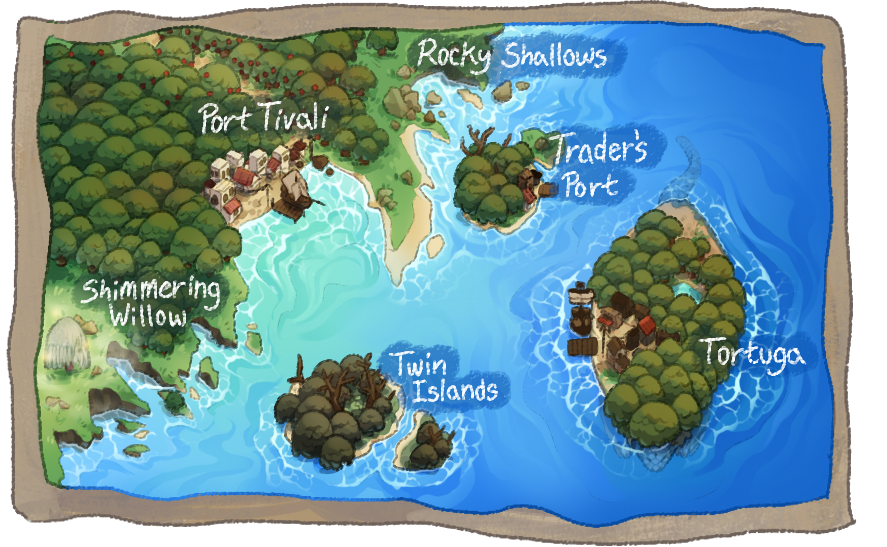 A hot spot for traveling sailors and one of the main marine ports controlled by the law.
It's well known for its large pearl and jewelry businesses

A tall willow rumored to have stood there for thousands of years.
Terra magic has slowly crept into its trunk, making it ooze permanent fog in the surrounding area.

A shallow beach surrounded by steep cliffs.
The boulders in the water have been sharpened to perfection by the sea.

A pair of islands just to the side of Greencoast. They give off a dangerous aura.

A flamboyant town that's a paradise to kems trying to escape from the law.
All situated on an abnormally gigantic turtle that never stays in one spot for too long.
Figuring out where the town is located is a mystery to everyone but its locals.

A small community of kems with a bustling fish market. 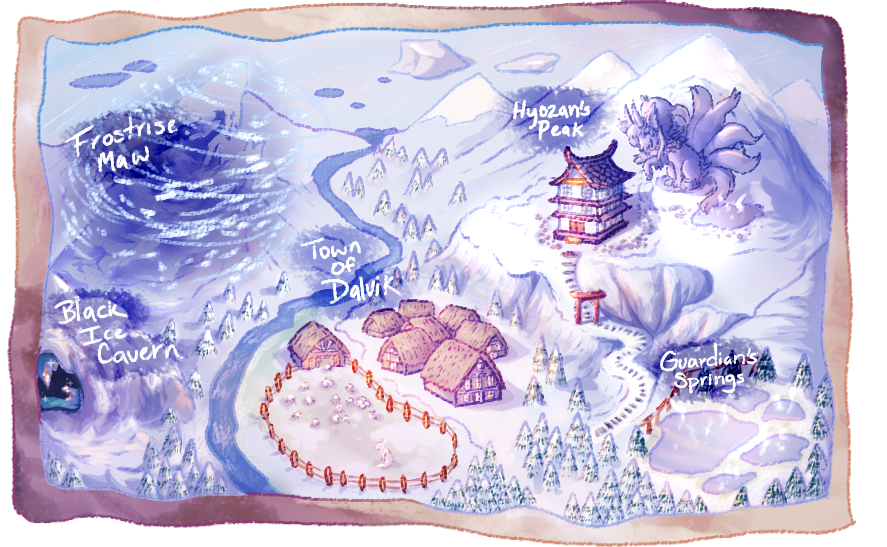 A town filled with hard-working farmers and fisherkems. They outsource wool to all areas of Val-shenn, which keeps this small village thriving. The townskem typically adorn thick and heavy coats to fight off the harsh winds that come from the Frostrise Maw. Dalvik is filled with all sorts of cultures and tales, take your time and enjoy the stories these kems have to tell.

A multi-pooled hotspring that legend states was created by Hyozan himself. Many war-tired kems would travel near and far to rest in these pools, where they would feel instantly better after soaking for an hour!

A tall and steep cliffside that hangs over Ereshka. Hyozan's large and intimidating statue towers over the land, his watchful eyes studying any that enters the frozen land. The shrine keeper is an elderly kemata, whose family has taken great care of it for many generations.

A large cave with a wide opening, it goes ddpe into the core of Val-shenn, some kematas go there to practice their lava and iron magic. Inside are several rare gems and crystals just begging to be taken home.

A thick and heavy blizzard has covered this mountain for centuries. Legend tells of a massive beast that brings the blizzard, when kematas attempt to climb to the muzzle of the mountain, the beast's glowing eyes will appear, taking itself and the kemata to an unknown place, never to be seen again. Once a year the blizzard will stop, when this happens the kematas of Ereshka will bury themselves in their homes, as it's said that the best leaves its mountain to find stray kems to prey on.

As the world of Val Shenn continues to grow, this map will be updated with new areas!